A thing we have learned on this journey, is that a disease affects the whole family and to not listen and validate our children’s voices would be ill-advised.

Our eldest daughter came down the stairs a year ago, handed me a letter and declared “I need you to mail this.”

I hesitated…… my brain unable to process what was happening…… came to… and said yes.

“He dint do anything wrong.”

Read and re-read it.

Wept for her reality.

He Didn’t Do Anything Wrong

and as I slipped it in the mail slot, I felt overwhelmed by her ability not only to articulate but to EXPECT change. 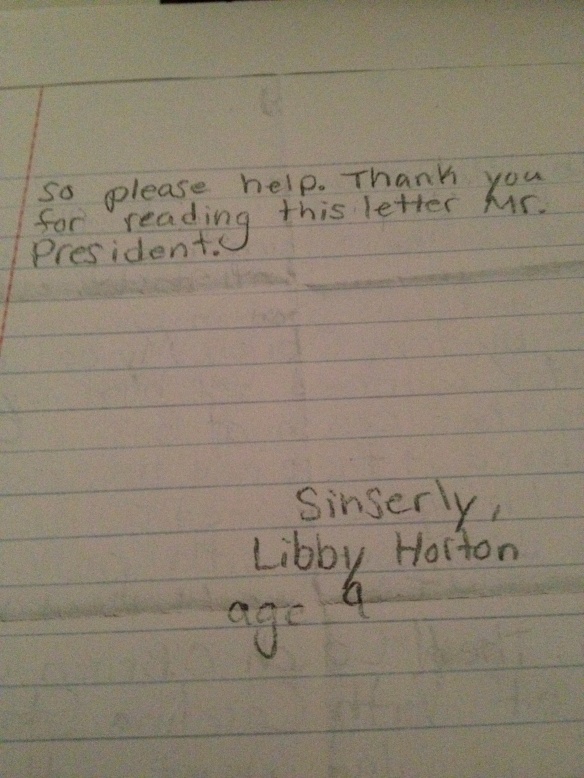 Because as a family we stand together, united to speak out, proud and leaning forward for those with disabilities that aren’t treated fairly.  It’s NOT enough to just wish Don to get better but, as a unified group, we have to BE better and foster change.

Libby did receive a response back from The President.

I think she felt she was heard.

Her truth was hard to handle but the real truth of being fired because you have a disease is a blinding reality for too many people in our community.

We will affect change. 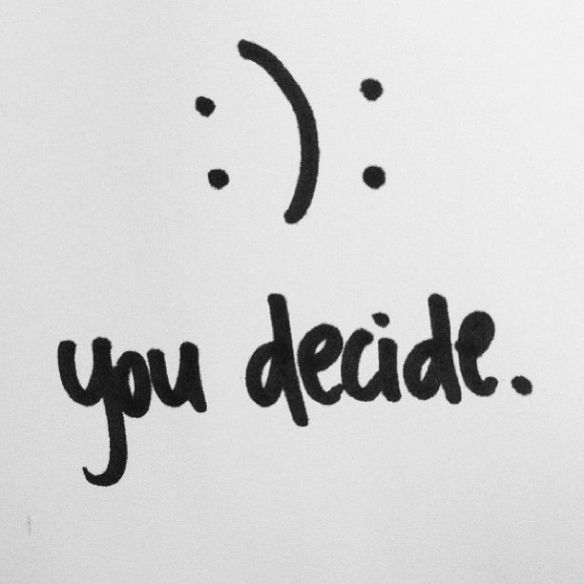 When Don and I were dating, some 24 years ago, I would often sit in an office at his alma mater, Wittenberg, waiting for him to “finish one last thing” or make “just one more recruiting call”.  He valued his job but more than anything, he was honored to be called a Wittenberg Tiger. I knew then that I was second fiddle to his career and many young men.  As I sat there and tried to pass time, there was one 8 by 10 picture front and center on his desk that I stared at.  Three men he would pridefully call warriors with tremendous work ethic and mental toughness. Three men that battled day in and day out on the offensive line and in the academic classroom.  Three men in the trenches that helped secure an OAC Championship. Three leaders that showed incredible respect for each other and their teammates. Three people he never could forget.  Eric Horstman, Scott Bowen, Ken Bonner.

As Don move on to new challenges, offices and environments, this picture always remained on his desk.  Even as our life grew, it became surrounded by pictures of our girls and it continued to provide an instant reminder of his roots. When we relocated to Raleigh, Don brought the picture home.  I never asked why but I recall the day he shared the story of these three men he was honored to coach with our girls.  It immediately brought me back to the moment he spoke so highly of them to me.  Explaining that these men played football in the purest sense.  Just for the love of the game. You could feel his sincere admiration.

Then our home was destroyed by fire… a long story for another post…and all of our pictures were scorched.  Years were spent replacing and restoring us whole again but sorting through the charred memories was one of the most difficult things I had to do.  You have the memories stored in your mind but a picture silently recaptures your emotions and transcends you back to that moment in time.   Somethings, we had to accept, would never be replaced.

Don has never been someone who wanted to accumulate “things”.  He is not one that wants the latest toys or technology.  His birthday was coming up and when you love someone who has a progressive disease, the only gift you want to bestow on them is restored health.  Last I searched, I couldn’t find the gift of health.  Once you come to terms with the fact that you are not able to grant or find a cure,  you hope you can give the gift of a feeling.  The pleasurable sensation of what it feels like to not have the disease. A moment in time, a reprieve, a transcended cure of sorts.

Don had reconnected with Scott and Eric this fall.  They were kind enough to take time way from their families, travel and pay us a visit. Don was completely honored to share with them at this point in their lives and reminisce about the days of the past.  I mentioned the picture – not sure if they would even recall it.  Scott relayed that his dad had actually taken it and yes, he was still in possession of it.

So for Don’s birthday this week, with the help of Scott, the picture now proudly is displayed in our home again. A true homecoming of sorts. A momentary cure. A restored reminder of strength, courage and loyalty.  A piece of the past providing fortitude for the future.  Stories of three men that our girls will be able to hear, visualize and learn from.

With the pictures Scott sent, he enclosed a card with birthday wishes.  He signed it “Tiger Up”.

I explained to the girls that this is unwritten “man code”, and really means ~love~

Progress Is Progress No Matter How Small!

You never know where you’ll end up if you don’t keep going!

Links to Sites We Love

A wife, mother and Parkinson's advocate. My blog is inspired by the lessons our children re-open our minds to when dealing with a loved one with life altering health challenges. Here I help preserve the legacy of their father - pre and post Parkinson's diagnosis.